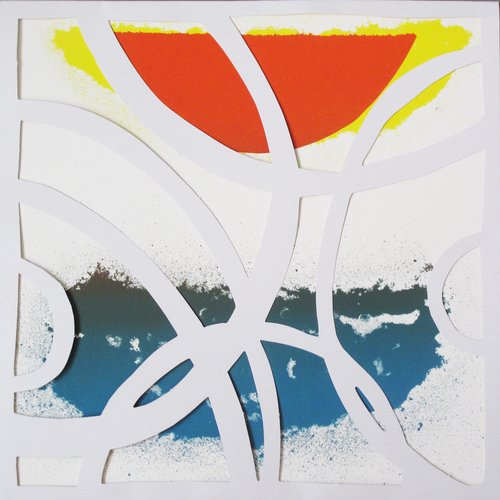 Anders Lauge Meldgaard releases his first album as part of the composer collective and label År & Dag (Eng. Year & Day). “At Synge Verden Ind I En Ny Og Mangefoldet tid” (Eng. Singing The World Into A New And Manifold Time) will be released on the 6th of April 2018 on vinyl and digitally. This is the first release by the composer Anders Lauge Meldgaard, since he abandoned the alias Frisk Frugt.

”At Synge Verden Ind I En Ny Og Mangefoldet tid” was composed during Anders Lauge Meldgaard’s period as composer in residence at the old Danish castle Rønnebæksholm on the south of Zealand. He has previously released music as Frisk Frugt, Supermelle, Music for Six Electric Guitars, Kirsten Ketsjer and been a part of the experimental collective yoyooyoy.

The release marks Anders Lauge Meldgaard taking on new musical adventures by composing for an ensemble of classical musicians. The music, however, retains the flavours and colours form his earlier works, due to the fact that it combines elements of minimalism, romanticism, electronic music, contemporary composition and improvisation.

”At Synge Verden Ind I En Ny Og Mangefoldet tid” is a sound experiment in eight different tempi. Like crystals turning around on a string, where the light splits in every changing ways. Where every musician plays his/her own individual tempo, assisted by an Arduino mini computer.

The piece is performed by an autonomous ensemble of eight young musicians from the Danish contemporary music scene put together with the help of violinist Bettina Marie Ezaki, who is also a member of the string quartet Halvcirkel.

Anders Lauge Meldgaard ”At Synge Verden Ind I En Ny Og Mangefoldet tid” will be released on vinyl + digitally the 6th of April 2018 on År & Dag. The vinyl edition features an engraving by the composer and the album cover is cut out in paper with a silkscreen print by visual artist Kasper Lynge Jensen. It will be released in 300 hand-assembled copies.

On the 5th of April 2018 a premiere of a new piece by Anders Lauge Meldgaard titled ”12 Instrumenter til Henning” was premiered at Koncertkirken in Copenhagen . This new piece is composed with the same principles as the forthcoming record and is a part of an exhibition about Danish fluxus artist Henning Christisen at The Museum for Contempory Art in Roskilde, Denmark.

More info can be found here: