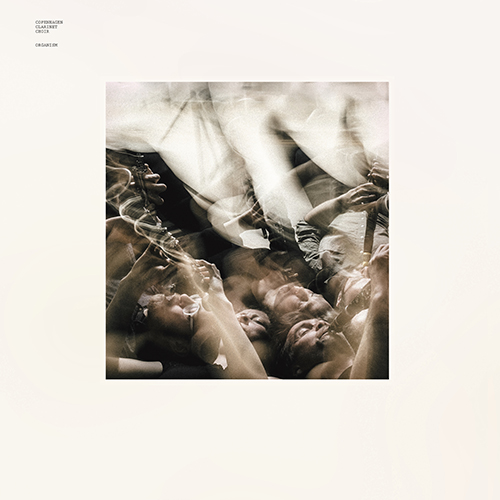 Track 6 features an Irish traditional melody that has been set to text by William Butler Yeats, also known by the title 'Down by the Salley Gardens'

With kind support from Koda Kultur and the Danish Arts Foundation

Organism is the debut album from Copenhagen Clarinet Choir. With track titles like ’Flocking’, ‘Hive Mind’ and ‘Water Piece’, the work is situated at the intersection of composition and improvisation, and at the nexus of nature and music. Led by Irish woodwind player and composer Carolyn Goodwin, the clarinet sextet takes an egalitarian approach in the way it assembles its players. In the music of Organism, interdependent parts find an overall shape as organically as a living entity. Much like a choir, the individual voices of the six homogenous instruments are synergized, creating a warm, pulsating body of sound.

Organism strikes an often elusive balance between what is pre-determined and what is spontaneous, a balance that classically trained Goodwin admits is a constant occupation for her and is what led her to form Copenhagen Clarinet Choir. Exploring compositional ideas within the field of improvised music, she uses the ensemble to experiment with various sound concepts such as the representation of patterns found in subaquatic movement, swarming of insects and flight patterns of birds, and to investigate the ever-dissolving line between her role as composer and performer.
“One preoccupation of mine is to create pieces that have a strong sense of cohesion, but also a water-like quality in the way they take shape, moving and stretching to fit the frames they are given, at times ready to overflow. It gives players the courage to take risks, making every performance of the music refreshing, both for performer and listener.”

Connecting with her Irish roots, the final track on the album is a setting of a traditional folk melody, made famous by its use in a setting of the William Butler Yeats’ poem ‘Down by the Salley Gardens’, originally called ‘An Old Song, Re-Sung’.
“There’s a collectivism in Irish culture expressed through its strong sense of community, which probably has its roots in traditional Catholic practices. I strive for the same sense of intimacy in my musical expression.”Intimacy prevails throughout the music of Organism. At times the listener is drawn into what seems like a hushed conversation between friends; at other times the music takes on an otherworldly quality, offering something greater than the sum of its parts.